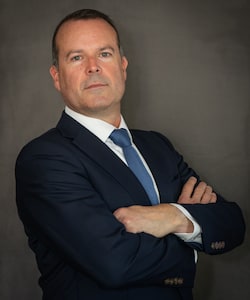 Don Duke grew up right here in Nashville. He attended Rhodes College in Memphis where he remained for several years after graduating. In the late 1990's, he returned to Nashville to work in his family's business. Eventually, Don decided to pursue his lifelong desire to become an attorney. Working during the day he went to Nashville School of Law at night. Don now practices law throughout Middle Tennessee focusing primarily in Davidson, Robertson, and Sumner Counties.

Don uses his years in business and raising a family to bring a real-world approach to his law practice. He focuses mainly on family law, including contested divorces, uncontested divorces, child custody and visitation. Don also assists families with estate planning including wills, trusts, probate administration, name changes, and conservatorships. Don also enjoys working with entrepreneurs to set up business entities for their small businesses.

Don is involved in the local community and has served on the Board of Directors of the Goodlettsville Chamber of Commerce. When he is not working, Don enjoys spending time with his wife, Janet, and four children, Jack, Molly, Matthew, and Grayson.

Contact Us
Practice Areas
Client Reviews
★★★★★
Feeling overwhelmed and exasperated, my husband and I sought consultation with Ms. Kimberley Reed-Bracey. From the initial meeting through the final ruling in our case, her dedication to the clients she serves, the judicial system of which she is a part, as well as her commitment to the ethical practice of the law were evident. Ms. Reed-Bracey is most assuredly a litigator who does not hesitate to go above and beyond what is expected when adjudicating a matter, she also brings with her experience, expertise, and passion that is surpassed by any other we had previously consulted or met. Scott & Kareena V.
★★★★★
I have used Freeman & Bracey, PLC once for my initial parenting plan and again recently to revise my parenting plan. On the most recent occasion, I had the pleasure of working with this firm and these people are truly amazing... Shelby G.
★★★★★
My husband and I have been with Freeman & Bracey, PLC for five and a half years. They are not only our attorneys, they treat us as family. On top of being great attorneys, they are amazing, genuine people. Very professional and they work extremely hard for their clients. I would recommend them to anyone! Jeff & Victoria K.
★★★★★
Very friendly, knowledgeable and easy to work with. Great experience, highly recommended! Alan Kepple
View More
Submit a Law Firm Client Review